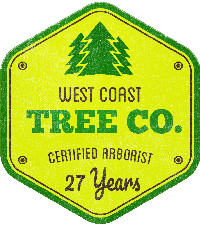 Get A Free Estimate

Above and beyond what I expected

Although coffee grounds are widely believed to be an acidifying agent when added to garden soil, the pH of grounds usually tends to be closer to neutral. That is not to say that coffee grounds are not used in the garden. While they may not increase soil acidity, coffee grounds are a rich source of fatty acids, essential oils, and nutrients that enrich the soil. The types of plants and shrubs that benefit from using coffee grounds in the soil depends on the way the grounds are used.

Although the grounds do not generally alter the soil’s pH, they do improve soil texture and drainage. Additionally, as coffee grounds decompose, they release nitrogen, potassium, phosphorus and other minerals that support plant growth. Some examples of plants that thrive in a nitrogen-rich planting area include leafy vegetables such as spinach, tomatoes, corn, roses, camellias, rhododendrons and azaleas. As a bonus, coffee grounds are reputed to have a deterrent effect on garden pests. According to “The New York Times 100 Gardening Questions and Answers,” using coffee grounds as mulch may help repel pests including squirrels and rabbits from damaging vegetables such as beets, broccoli, beans, peas or lettuce.

Work Grounds Into the Soil

Maximize the benefits of the grounds by adding nitrogen fertilizer to the soil at the same time. Coffee grounds release nutrients as the fungi and bacteria in the soil break them down, a process that can take several months. In the meantime, it’s helpful to have a supplemental fertilizer in the planting area to support plant growth while the coffee grounds decompose. “The New York Times 1000 Gardening Questions and Answers” recommends using no more than 6 pounds of coffee grounds for every 100 square feet of planting area. Coffee bean compost has been found to be a substitute for peat moss when growing anthurium plants.

Use it as Mulch

Although using grounds topically can be helpful in deterring pests from the garden, it can also have a downside. Aside from the potentially repellent odor of decomposing wet coffee grounds, using thick layers of coffee grounds as mulch can act as a barrier to moisture and air movement. Linda Chalker-Scott, an editor of Washington State University’s “MasterGardener,” recommends using no more than 1/2 inch of coffee grounds topped with another type of organic mulch such as wood chips. Mulches and compost made with coffee beans enhanced sugar beet seed germination and improved growth and yield of cabbage and soybeans, she writes.

Add it to Compost

Although most plants benefit from the nutrient boost associated with adding coffee grounds to the soil or compost, some plants may be harmed by the addition. Exposure to coffee grounds has caused inhibited seed germination and stunted plant growth in plants including white clover (Trifolium repens), alfalfa (Medicago sativa), Chinese mustard (Brassica juncea), inch plants (Tradescantia Albi-flora), asparagus fern and geraniums.

SCHEDULE SERVICE WITH ONE OF OUR TRAINED STAFF TODAY!